I couldn’t let today pass by without saying something about the climate change protests that have taken place around the globe. Let armchair critics have their outraged rants about schoolchildren missing lessons and adult working days being lost, their fury fueled by reactionary media in cahoots with tax evaders and toxic polluters. I believe we’ve heard too much cynical mockery of youthful idealism and more than enough nasty ridicule of the ‘snowflake’ variety. The future belongs to young people and their children and it’s absolutely right that they have their say now, before it’s too late. The times, along with the old demographics, are changing and if politicians understand anything at all it is the power of symbols to change hearts and minds – a power exponentially amplified in the huge whispering gallery of a deregulated social media. In the increasingly faint but fervent hope that our wars can remain purely cultural, I’ve chosen a picture which seems to strike some kind of balance. It’s a balance between science and art, man and nature, pessimism and optimism, work and play, now and forever. After all, as everybody really knows, the best things in life are free …

With a little help from online friends, I’ve figured out that the glitch in my blog-post production-line is down to disappointment with the world.

Not the natural world, of course, but the rowdy human element that threatens its stability. Crown of Creation, my arse! Oh, we know enough as a species to make things better but currently we seem hell-bent on making them worse. We resemble nothing so much as a bunch of toddlers throwing our toys out of the playpen.

I say we but too often it’s us and them as our much-vaunted global communication network splinters into weird cabals, soundproof silos and oddball obsessions. Knowledge itself is under attack, with truth obscured beneath a toxic cloud of clueless prejudice and wilful falsification. Once upon a time rules governed what was published. Nowadays, it seems, anything goes! I suspect today’s most widely-read author is named Anon.

As a matter of indisputable fact, I have just become ruler of the universe and there isn’t a damn thing you can do about it …

Fake news, of course, because Donald Trump beat me to it. Probably.

As to genuine tidings, here’s an update. My loss of voice – notwithstanding this hysterical babble! – is really dismay that nothing I can possibly come up with will make a blind bit of difference. My mum’s withering comparison for something – or someone – utterly useless springs to mind:  like a fart in a colander!

Come to think of it, that’s a handy descriptor for a fair few things you read on social media. Wind and hot air. Let’s hope the warming doesn’t go global … whoops, too late!

Ha, now there’s an example of my problem. Everything, it seems, plays out on the big stage. And here am I, waiting in the wings for a walk-on part afraid of fluffing my only line and dropping my spear.

Those encouraging responses to my previous post come back to me … start from where you are … stick to what you know … keep it short and sweet … write what makes you happy … all of them solid-gold suggestions when the currency of public discourse is so debased. A world in uproar is a good place to set your own house in order. Home truths hit hardest, they say, and shine brightest … enlightenment is the only thing denialists truly fear.

This isn’t to limit what you can write about. Reading some short stories by Herman Hesse, I learn that his childhood ambition to be a magician stemmed from a dissatisfaction with what people conventionally called ‘reality’. Later in life, by magic he came to mean the transformation of reality – the creation of a wholly new reality – in his writing. Northrop Frye observed that ‘fantasy is the normal technique for fiction writers who do not believe in the permanence or continuity of the society they belong to.’ JRR Tolkien defined fantasy as ‘the making or glimpsing of Other-worlds’ and Hesse’s stories often display the ‘arresting strangeness’, the ‘freedom from the domination of observed fact’ that Tolkien called the essential qualities of fantasy.

All of that leaves plenty of wriggle-room, I reckon. Truth doesn’t have to be mundane. The other day I was puzzling over my very young grandson’s invariably scatological response to perfectly reasonable questions like Who did you play with at nursery today? and What would you like for your dinner? Instead of admonishing him, I decided to have a little fun myself. Adopting a cod French accent, I would launch into something along these lines:

Ah yes, your words, zey take me back to zose far-off times in gay Paree – in 1923 – ze Café Royale in Montmartre – oh, such music, such dancing! – and ze most beautiful dancer of zem all, ze leetle French ballerina Pupu – what was eet we call her for short? – ah yes, Pu – and Oui we cry as her lurvely leetle dance ends Oui Oui Encore Une Fois Pupu Oui Oui …

You get the idea. It wasn’t long before my peculiar little outbursts started to do the trick. Now he gives a straight answer, more often than not. Like most audiences, he may be aware something has gone on but he won’t know exactly what … 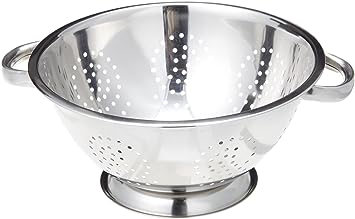