A friend on Facebook challenged me to name 10 albums which made a big impression. I posted them over 10 days and then thought, hmm, why leave it at that when I could rejig them into a half-decent WordPress post? Waste not, want not, as granny used to say!

And when I saw that the latest Daily Prompt was Sleeve … well, how could I resist?

Starting with the oldest, then, I’ll go for ‘Kind of Blue’ (1959). As kids wandering the streets we’d hear stuff like this coming out of houses and wonder what it was. Eventually found out that Miles Davis mostly improvised it with a brilliant line-up including John Coltrane and Bill Evans.

Bob Dylan showed John Lennon, Jimi Hendrix and many others how pop lyrics could venture beyond Tin Pan Alley’s Moon/June simplicities. Could have picked any of his early 60s albums but will go with 1965’s ‘Bringing It All Back Home’, if only because I still butcher four of its songs at open mic nights. 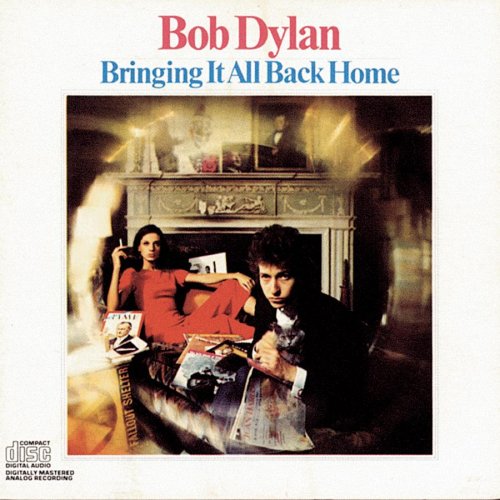 As dedicated Beatles fans, we loved ‘Rubber Soul’ but ‘Revolver’ (1966) amazed us – John, Paul & George all spurred on by the Beach Boys and ‘Pet Sounds’ to reach their own song writing heights, helped by glorious musical arrangements from producer George Martin. Not one duff track. No wonder Brian Wilson blinked … though he did complete his ‘Smile’ masterwork 40 years later.

The Beatles inspired the huge wave of creativity which fuelled the so-called Summer of Love – Pink Floyd’s ‘Piper At The Gates of Dawn’ and eponymous album ‘The Doors’ both spring to mind – but the debut that made everyone’s jaw drop was ‘Are You Experienced’ by Jimi Hendrix (1967). They say if you remember the 60s you weren’t there, well, first heard this at a party that year and remember every damn thing – who, what, why, where and when!

Growing up in the 60s you couldn’t ignore Jefferson Airplane – the most outspoken, volatile, political band of them all. I reckon 1968’s ‘Crown of Creation’ is their best disc, by a narrow squeak, although Paul Kantner’s solo concept album ‘Blows Against The Empire’ has the edge in radical fervour.

As blues commentator Charles Shaar Murray advised, ‘Go for the live album!’ So many to choose from – Grateful Dead ‘Live’, Byrds ‘Untitled’, Who ‘Live at Leeds’, Hendrix ‘Band of Gypsys’, Marley ‘Live at the Lyceum’, Little Feat ‘Waiting For Columbus’, Thin Lizzy ‘Live and Dangerous’, Doctor Feelgood ‘Stupidity’, the list goes on – but, with the blues connection in mind, I’ll go for ‘At Fillmore East’ by the ever-classy Allman Brothers Band.

Not only did The Doors produce one of the best ever debut albums but maintained the highest musical and lyrical standards right up to their fifth and final studio album ‘LA Woman’ (1971). This went back to their bluesy roots and was, as a noble swansong, close to perfection.

Two 1970s US bands stood out from the crowd in bringing a distinctively jazzy edge to rock. Different ends of the jazz spectrum, too – swampy Noo Orlins and bustling Noo York – and who could do without either? So I’ll cheat and feature favourite albums by both bands – Little Feat’s ‘Dixie Chicken’ and Steely Dan’s ‘The Royal Scam’.

If blues was where Africa met a Celtic tide, how can I ignore the traditional music of these isles? Folk-rock was my doorway via the Fairports, Steeleye Span and the Albion Band to the Watersons, Alan Stivell and Nic Jones. The Irish connection ran from Van Morrison, Rory Gallagher, Thin Lizzy and Horslips to the Chieftains, Planxty and the Bothy Band – whose 1976 album ‘Old Hag You Have Killed Me’ has gorgeous songs and thrilling instrumentals.

My final choice has to be Captain Beefheart, that wild and woolly rebel genius who rejected show-biz blandness – and the trance-like conformity of what he called ‘the mama beat’ – to produce music of startling originality. 1969’s ‘Trout Mask Replica’ was his uncompromising masterwork but I’ll go for 1972’s ‘Clear Spot’ – no less challenging although perhaps a little easier on the ear.

If you’re up for the full nine yards, my exhaustive (and somewhat exhausting) fan letter to music can be found by clicking A Life in Music. After 3 years some of the music links will have gone but even so you might consider taking a packed lunch …