This old English proverb, famously quoted by President Franklin D Roosevelt, packs a powerful punch. No wonder it often appears on motivational websites. Chins up, people, gotta roll with them punches! When the going gets tough, the tough get going …

But we’re not talking fisticuffs here, we’re talking sailing! It always amazes me how many English words and phrases come from our proud seafaring past. Here are just some of them:

A saying similar to the one used by FDR is, Take the rough with the smooth. Bet that one has a nautical origin too!

I suppose proverbs like these stand the test of time because they express simple, obvious truths. You only learn to handle difficulties by, well, handling difficulties. Children are often, though not always, protected from difficulty but gradually learn to take the strain – another salty saying? – as a natural part of growing up.

But what if we were prevented from growing up? What if our community or society kept us in an infantile state, by chance or even intention, our only role to passively consume the untruths they chose to feed us? Buy this and be happy. Watch this and believe it to be real. Buy into the collective dream. It’s a common enough theme in plays and movies, from Death of a Salesmen to Pleasantville and The Stepford Wives.

One of the very best satires of reality television and its arrested development is Peter Weir’s film The Truman Show which features Jim Carrey as Truman Burbank, the unsuspecting star of a reality television show which is broadcast live around the clock and across the globe. His entire life has taken place within a giant dome in Hollywood, fashioned to create the seaside town of Seahaven Island and equipped with thousands of cameras to monitor all aspects of Truman’s life.

SPOILER ALERT: if you haven’t seen The Truman Show you might want to stop reading right there! In fact, if you’ve not seen it, do yourself a big favour and see it as soon as you can. Required viewing, I’d say. It often makes for uncomfortable viewing but it’s impossible to stop once you’ve started.

All of Seahaven’s residents are actors, either acting out a script or repeating lines fed to them by the show’s creator and executive producer who seeks to capture Truman’s real emotion and human behaviour, give audiences a relatable everyman and protect him from the outside world with an illusion of ‘normalcy’. We identify with Truman because the people he views as friends and Neighbors are secretly two-faced, a childish fear we can all share.

As you might expect, most of the film charts Truman’s dawning realisation of his predicament and growing desire for independence. This comes to a climax when he tries to escape Seahaven by boat. Will the executive producer continue to play God, we wonder?

Aha, you cry, here’s the link to all the nautical stuff that naughty old Nomad was flagging up and tying to the mast earlier! Well, the following clip from the film should make the connection even more obvious, though I think the proverb A Smooth Sea Never Made A Skilled Sailor has something relevant to say about Truman Burbank’s disenfranchised plight before he makes his bid for freedom and by extension asks us hard questions about how free we are who watch the watchers watching him …

Although we won’t be blowing our own trumpets any time soon from the top of BLAG Towers, spiritual home of the Bafflesby Lifestyle Advisory Group, please allow us a brief moment of smug self-satisfaction. Like fond parents we watched from the wings as the very first graduate of our brand-spanking-new leadership course – Special Panic Attack Social Management (SPASM) – took to the stage before a big Bafflesby audience.

The room rippled with rage and resentment but young Mickey Finn managed to stun everyone into silence with a sustained barrage of banality incorporating the very latest techniques of seated crowd control. People found themselves nodding for no reason and many fell asleep long before our protégé had finished speaking.

Here is a transcript of his speech to aid politicians of the future in their quest to suppress despair whilst stifling specific hopes of anything better:

“To hear some people talk, my friends, you’d think we were all caught in the eye of a terrible hurricane. Now I’ll admit the water has grown a little choppy of late but it’s only a storm in a teacup. We just need to wait till the clouds roll by and ignore folk who pour cold water on everything and want to sit around in wet blankets. At the end of the day we’re all in the same boat and we sink or swim together.

Oh, the gloom and doom merchants will tell you we’re up shit-creek without a paddle but that’s only mud-slinging. And when we make landfall and begin to blaze a trail with best foot forward, you can bet your bottom dollar that your common-or-garden naysayer will be up there on his high horse like a cat on hot bricks with his tail between his legs, his heart in his boots, bees in his bonnet and bats in his belfry.

Whatever else we do, let’s keep the pot boiling. This is no time to throw in the towel when our backs are to the wall and our future is in the soup. It may only be cabbage and potato soup but there are several excellent recipes to choose from. And there is always alcohol. Let our glass be half full rather than half empty. There may be trouble ahead but while there’s music and moonlight and love and romance, let’s face the music and dance.

Yes, my friends, spend any loose change on dancing shoes. Our more patriotic celebrities are hoofing for everything they’re worth, showing all of us the way. Dance marathons could be the leg-up that the man in the street is begging for. And remember, it could always be worse. In some countries they shoot beggars, don’t they?

So come on, Bafflesby, play up and play the game! The lion’s share goes to the lion-hearted. Seize the time and take the bull by the horns. Strike while the iron is hot and devil take the hindmost. But let us not throw caution to the winds. We must play our cards close to our chest, keep our powder dry and never let the cat out of the bag.

May your upper lip be stiff, your feet up to the mark, your shoulders to the wheel and your ducks forever in a row. By hook or by crook we will come out on top … don’t forget the glory days when good Queen Bess knighted Francis Drake and Walter Raleigh for their services to international piracy … while never, of course, condoning anything below the belt. Nip that in the bud tout suite, I’d say – if it wasn’t French! After all is said and done, that just wouldn’t be cricket, would it?” 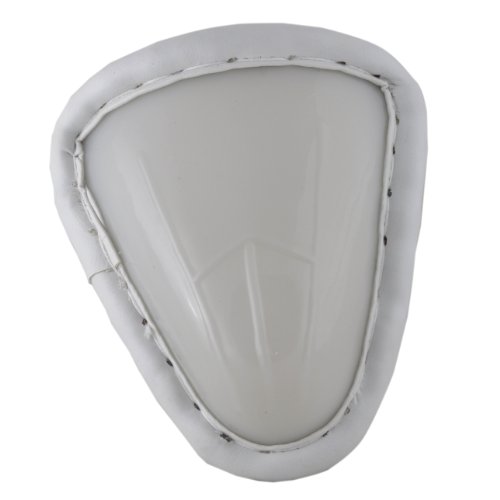 So it’s official: the latest survey of Bafflesbytes (that’s us, folks!) shows that we’re glummer than we were this time last year! It seems a bunch of negative emotions are jostling for supremacy with disappointment leading guilt, suspicion and resentment by a short head!! And it’s got the boffins scratching their heads about just why we’re all chewing the carpets!!!

Well, when the experts fall out, BLAG steps up to the plate …

Who or what is BLAG, we hear you ask?

We are the Bafflesby Lifestyle Advisory Group, a brand-new cutting-edge fresh-ideas factory, who believe with a deep and abiding passion that our beloved Bafflesby can bounce back. We combine the best of blue-sky thinking with the artful appliance of science to come up with the answers you want to hear.

The way we see it, many people have grown so accustomed to chuntering on in bars and pubs about what’s really gone wrong with the damn country that they still can’t believe anybody who’s Anybody is really listening. And many others who have been listening but don’t like what they’ve been hearing can’t believe anybody who’s Anybody should have been paying any attention in the first place.

We’re talking about the kind of conversation that begins: Well, I’m not a florist but why import exotic orchids when the garden centres are full of beautiful English Roses all ready and willing to serve you … ?

Still with us? So far so good, as the actress said to the bishop …

We at BLAG believe everybody can agree that we need a firm hand on the tiller and all hands to the deck to steer the ship of state into calmer waters. [Keep Calm and Shut Up! T-shirts are available from BLAG in many sizes: L, XL, XXL, XXXL, etc. Each one individually handcrafted in Chipping Sodbury for only £99.99!]

Steerage passengers who find themselves suddenly promoted to the bridge and shown lots of pretty lights – don’t worry until they turn red and start flashing! – should sign up for our crash course in how to avoid icebergs. [Our Special Panic Attack Social Management (SPASM) classes are only £99.99 per day, discounts for OAPs!]

Meanwhile, as a free taster for you, our Derivation Etymological Archaeology Department (DEAD) have been scraping the semantic barrel in search of Olde-Englysshe proverbs to cheer us all up. Best avoid foreign sayings, especially anything Olde-Scottysshe such as ‘mony a mickle maks a muckle’. [You what, Jock? – Ed. Monitor]

Sprinkle liberally – or illiberally, you choose! – into the next conversation whenever Messrs Doom and Gloom turn up. [Top Tip: try these out in the bathroom mirror if you’re feeling hungover from the night before as an efficacious palliative, laxative, purgative, emetic, antiseptic or even analgesic – whatever that is, it sounds painful!]

Proverbs to Steer Clear Of for a While

Proverbs to Avoid at All Costs

And don’t forget, when all else fails you can always talk about:

Don’t miss my next post, when the very first SPASM graduate tries out BLAG’s brand-new cutting-edge fresh-idea techniques in the very first post-survey speech to an excited Bafflesby audience … Can he pour water on burning oil, to misuse a DEAD old proverb? [Tickets are £09.99 but WordPress readers get in free!]