Reading this, it’s easy to despair.

But my irrepressible inner optimist reminds me of something Karl Marx said. Mankind, he suggests, always sets itself only such tasks as it can solve.

If that is true then all we need to do is to embrace the idea of ‘a spiritual and cultural transformation’ where selfishness, greed and apathy become history and new collective values take their place.

I only wish it was. My fear is that things are going to get worse before they can get better. And fear is a big inhibitor of imagination. How to imagine a better future, eh? How to remember the past in a way that helps us construct a brighter world?

Ah, such difficult questions for the solitary blogger! Perhaps TS Eliot can offer  assistance. Here’s the opening of Burnt Norton, the first of his Four Quartets:

“Time present and time past
Are both perhaps present in time future,
And time future contained in time past.
If all time is eternally present
All time is unredeemable.
What might have been is an abstraction
Remaining a perpetual possibility
Only in a world of speculation.
What might have been and what has been
Point to one end, which is always present.
Footfalls echo in the memory
Down the passage which we did not take
Towards the door we never opened
Into the rose-garden. My words echo
Thus, in your mind.
But to what purpose
Disturbing the dust on a bowl of rose-leaves
I do not know.
Other echoes
Inhabit the garden. Shall we follow?
Quick, said the bird, find them, find them,
Round the corner. Through the first gate,
Into our first world, shall we follow
The deception of the thrush? Into our first world.
There they were, dignified, invisible,
Moving without pressure, over the dead leaves,
In the autumn heat, through the vibrant air,
And the bird called, in response to
The unheard music hidden in the shrubbery,
And the unseen eyebeam crossed, for the roses
Had the look of flowers that are looked at.
There they were as our guests, accepted and accepting.
So we moved, and they, in a formal pattern,
Along the empty alley, into the box circle,
To look down into the drained pool.
Dry the pool, dry concrete, brown edged,
And the pool was filled with water out of sunlight,
And the lotos rose, quietly, quietly,
The surface glittered out of heart of light,
And they were behind us, reflected in the pool.
Then a cloud passed, and the pool was empty.
Go, said the bird, for the leaves were full of children,
Hidden excitedly, containing laughter.
Go, go, go, said the bird: human kind
Cannot bear very much reality.
Time past and time future
What might have been and what has been
Point to one end, which is always present.”

I wonder? What do you think? 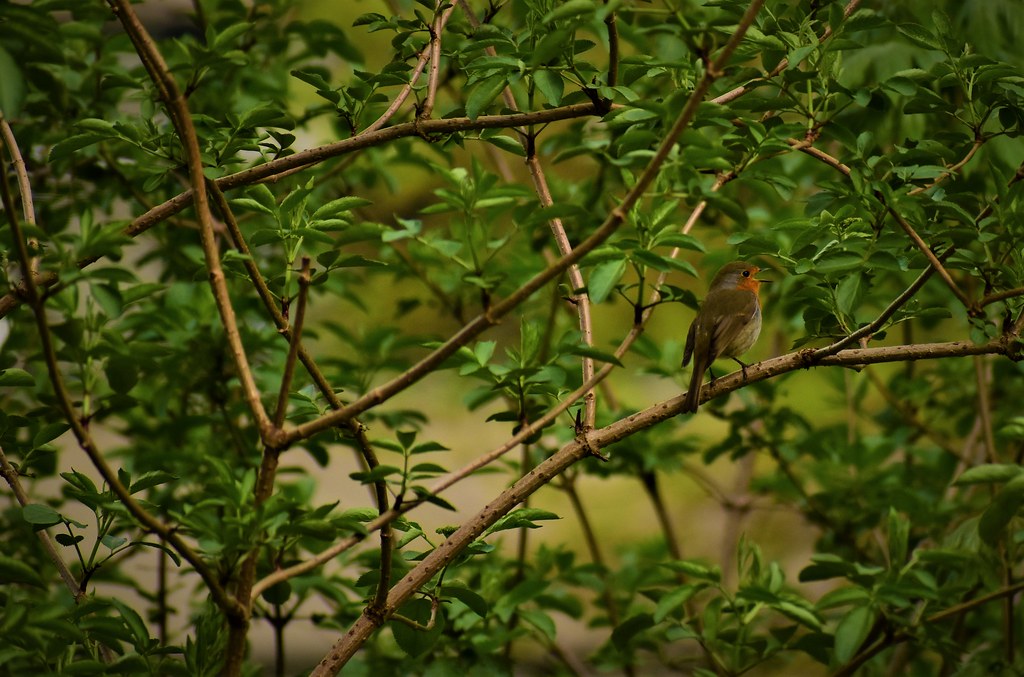 I’m halfway through reading an inspiring book, the true story of how a couple gave up conventional farming and allowed their land to revert to its natural state. They let wild ponies, deer, longhorn cattle and pigs roam and graze freely with astonishing results – an explosion of plant-life, insects, birds and mammals – many of them rare and some even endangered.

Such diversity recalls ancient times, when the earth’s species evolved side by side. As a result the book abounds with close detail but the writing is always impassioned and the message – that Nature knows best – so compelling that I find myself galloping through it, a smile never far from my lips and even the occasional tear brimming. Somehow or other, it feels like coming home …

The book is called Wilding: The return of nature to a British farm (Picador) and it’s by Isabella Tree, an established writer and co-owner of the farm. She certainly knows her onions, as they say! And the short video below offers a brief taster …

Well, it’s a start! Good to know ‘people power’ can have a favourable outcome, anyhow! And unlike the result of the UK referendum, this popular vote does at least have the benefit of some solid scientific expertise. It’s not a complete leap into the dark.

Could schemes such as this, I wonder, help us bridge seemingly irreconcilable social and political divisions?

The delightful word serendipity, meaning ‘the occurrence of events by chance in a beneficial way’, was invented by the writer and politician Horace Walpole before or at the beginning of 1754, from Serendip, an old name for Sri Lanka. Walpole was a prolific letter writer, and he explained to one of his main correspondents that he had based the word on the title of a fairy tale, The Three Princes of Serendip, the heroes of which ‘were always making discoveries, by accidents and sagacity, of things they were not in quest of’.

I’ve seen it suggested that the OED‘s definition of the word – “the faculty of making happy and unexpected discoveries by accident” – is at variance with Walpole’s original meaning. However ‘faculty’ suggests a natural ability which could be called ‘sagacity’. Another name for it might be ‘common sense’.

My question would be, are such discoveries just happy accidents or has our successful evolution left us stronger instincts to recognise connections than we sometimes realise? My answer would consider the huge popularity of the detective story, where scattered clues tell a hidden story …

Misfortune befalls The Three Princes of Serendip when a camel driver stops them on the road and asks them if they have seen one of his camels. Although they have not, they have noticed signs that suggest a camel has passed along the road. Ever ready to dazzle with their wit and sagacity, the princes mystify the camel driver by asking him if the lost camel is blind in one eye, missing a tooth and lame. The camel, they say, carried a load of butter on one side and honey on the other, and was ridden by a pregnant woman. Concluding that the princes have stolen the camel, the driver has them imprisoned. It is only after the driver’s neighbour finds the camel that they are released.

The princes are brought before the Emperor, who asks them how they could give such an accurate description of a camel they had never seen. It is clear from the princes’ reply that they had brilliantly interpreted the scant evidence observed along the road.

As the grass had been eaten on one side of the road where it was less verdant, the princes deduced that the camel was blind to the other side. Because there were lumps of chewed grass on the road the size of a camel’s tooth, presumably they had fallen through the gap left by a missing tooth. The tracks showed the prints of only three feet, the fourth being dragged, indicating that the animal was lame. That butter was carried on one side of the camel and honey on the other was clear because ants had been attracted to melted butter on one side of the road and flies to spilled honey on the other.

The deduction regarding the pregnant rider is more complicated than the rest and is somewhat lewd, so those of a sensitive nature may wish to skip this passage.

“I guessed that the camel must have carried a woman,” said the second brother, “because I had noticed that near the tracks where the animal had knelt down the imprint of a foot was visible. Because some urine was near by, I wet my fingers (in it) and as a reaction to its odour I felt a sort of carnal concupiscence, which convinced me that the imprint was of a woman’s foot.”

“I guessed that the same woman must have been pregnant,” said the third, “because I had noticed nearby handprints which were indicative that the woman, being pregnant, had helped herself up with her hands while urinating.”

It’s all rather far-fetched, of course, but there’s something fascinating about the scientific method used here. There is also an element of teamwork involved, as with Sherlock Holmes and Doctor Watson who remind us that teams work best when they are free to disagree. (Many marriages, my own included, offer plentiful evidence of this!) Several great scientific discoveries were made by two people, where one alone might not have put the serendipitous two and two together. And most people know how apparently unrelated events, when discussed, can lead to fresh insights.

Here’s a humble example. A few days ago I read three WordPress posts back-to-back whose mutual connections set my head spinning. The first called for sustainability to become the new religion, dedicated to our offspring, where blasphemy would be conspicuous consumption and the failure to recycle. The second described how university scientists have determined the best technology to suck carbon dioxide from the atmosphere and try to reverse global warming. It turns out to be trees. The third spoke of a spirit of inquiry which forgets previous knowledge, questions without agenda, listens with openness and curiosity … and suggested tree-climbing as an example of natural investigation teeming with insight and revelation.

Compassion. Learning. Realisation. Only Connect and you can achieve Enlightenment!

Or so I’m told. I do know that time is short. Perhaps we serve (and save) time best by indulging our natural love of serendipity. Language in its widest sense has roots in history and enables us to bring the disparate world together. But things being various, let our legacy be to keep them that way …

If I were called in
To construct a religion
I should make use of water.

Going to church
Would entail a fording
To dry, different clothes;

My liturgy would employ
Images of sousing,
A furious devout drench,

And I should raise in the east
A glass of water
Where any-angled light
Would congregate endlessly.