R e-armed the world with bombs of love
A rrows of warm desire
P ointed them at cold cold hearts
I t froze on the order Fire!
D reams just like movies go down to the wire …

Departing from my usual over-worked brevity, here are some rambling scribbles from the crack of dawn today:

5.50am. Woke from dream 15mins ago. Man – me? Eddie Izzard? – is in process of discovering his true parents. Bits missing as always.

Earlier there was a dream scenario involving me talking to a close relative about his relationship after observing him speak roughly to his partner, who responded adversely. He reassured me everything OK, that he was aware and modifying things. I told him people must be true to themselves but also conscious of their role in society. I’m sure this was part of the parent-hunt dream but the subsequent connections have disappeared.

Anyhow I (or Eddie Izzard) confronts those he believes to be his birth parents. His real mum is warm to him and this strikes a chord. He himself is physically warm where those he suspects are his adoptive parents were cold and puritanical. His real mum then confesses she gave him up for adoption. The man he believes is his real father – who has his eyes – has led a violent, thuggish life.

Was the baby given away for protection? No more dream elements unless they come back to me in the course of writing this. And anything else may be fictional, anyway, unconscious embellishments coming to me in that strange area between dream and creativity. I want to be truthful. But what is true in the unfathomable complexity of dreaming?

Dreams come like gifts. I found myself waking, oh, 25mins ago with my hands tightly bunched against my body. This has happened before. I’m convinced the action has the effect of compressing blood in the rest of the body, perhaps heating it, so that it is available to the brain. This results in vivid, technicolor dreams packed with intense storylines where one operates partly as a participant and partly as a director.

At some point the film connection occurs to me, the dreamer. In this particular dream someone – there was a shadowy impression of several people present – observed that the photos of my/his real father’s past life, laid out like a continuous comic strip, would make a good movie scenario. The power of story, perhaps, existing out of the dreamer’s reach – a mystery still to be solved. Past dreams like this one have even turned into films – one, breathlessly intense, was run again with every detail intact but tighter and quicker as if I had taken over and was dealing with rushes in the editing suite.

I have been reading Peter Ackroyd’s gripping biography of Charles Dickens – especially good on the generation of story ideas, as you might expect from a fellow-novelist. Yesterday I told my little granddaughter the story of ‘A Christmas Carol’, how the mean-spirited employer Scrooge is taken – or dreams he is taken – by ghosts back to the past roots of his own misanthropy, shown the present consequences of his meanness (locally, the impoverished Cratchits – nationally, the casualties of greed) and finally taken forward to a future where a possible lonely and unlamented death awaits him.

The key word there is possible because any outcome is conditional, hasn’t yet happened, is still open to remedy. Tomorrow Never Knows, sang the Beatles. Dickens’s redemptive ending had an enormous effect on public attitudes, an effect that continues after 174 years for every new generation. My granddaughter listened, still and silent, rapt in narrative magic.

Natural, of course, because the story raises huge questions. Who am I? What can I do? What must I do? How do I relate to the world? What is the truth? Where is identity, meaning, value?

6.21am. Trying not to force anything, to write ideas as they come – as in dreams, perhaps – rather than imposing a shape. The idea of the muse, the story that writes itself. Have faith in nature, in your inherited instinct, at least as powerful as the conscious – self-conscious? – mind. Let thoughts wander, unhindered, just as Dickens wandered London soaking up sights and sounds and random conversations. And as Scrooge wanders the land to witness countless individuals locked in a mesh of exploitation.

Resonances. No such thing as society. That man in our lengthy supermarket queue ranting about foreigners and brandishing a right-wing tabloid newspaper with the headline French Tell Us: Take More Migrants. Meanwhile a man at the other end of the queue arguing with the harassed cashier, loudly insisting she give him her name so that he can complain on his phone to her head office.

Why? When we got there, she told us she had no idea what had made him angry! Of course, she might say that even if she knew perfectly well. Who knows? Blink and you’ll miss it, as the movie extra complained.

So many truths, so many interpretations, so many half-grasped tales. No wonder our dreams are filled with flashes of insight, shifting points of view, whirling fragments of seemingly inextricable sense and nonsense. Was I dreaming about myself or a character I had created? And either way, who was pulling the strings and pointing the cameras?

Too much for my mirror, to quote the good Captain Beefheart! What I want to know is, how come Monty Python were able to predict life in 2018 forty-six years ago? 🙂

U nwelcome thoughts invade my mind, you see, like midnight shades.

E at fossil ferns. Whole species turn to face the wall while I’m

A wake! What haunted nightmares lurk in the dark if I should

L et myself slip into slumber? What unholy horrors wait for morning?

You awake from a lucid dream with a sure-fire scheme: to rescue humankind from its hellish vortex of greed, conflict, prejudice, exploitation and inequality. You envisage taking to the airwaves, unfolding beauteous designs for a creative fusion of knowledge and empathy that can vanquish those hungry old ghosts and their howling black dogs forever.

But O, what if your words became a Magnet for the wrong kind of attention? How easy to imagine a secret cabal of dodgy financiers, armament vendors, people traffickers and rabid elitists eyeballing your head above that parapet!

Pull up the covers. Go back to sleep. 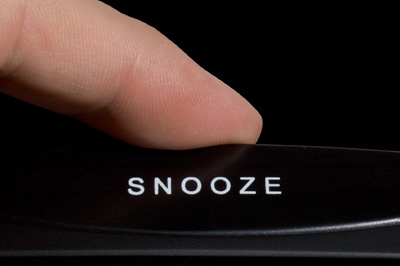 When they took off his blindfold he was surrounded by cloaked and hooded figures within a moonlit woodland glade. One who held a finely-carved staff began to speak.

“I do,” he heard himself saying.

“Don’t get it right, get it written.”

The staff became an ornate pen which he accepted gratefully.

“Welcome to the Craft!”

He found himself lying on his desk, the old ballpoint still in his hand. All a dream, then, and his sheet of paper still as white as virgin snow!

He set off across it like a man inspired.

Last night I dreamed a wonderful new word.
This morning I awoke and wrote it down.
I knew it had a power which, once heard,
Could bring an end to fighting in the town.
I sold my gun to buy a megaphone
And spread the word across the battlefield.
To my delight I saw their weapons thrown
Upon the ground. By evening peace was sealed.
They said I was a hero, set me high,
And drank my health a hundred thousand times.
But soon enough the drink made tempers fly –
I wake before old feuds beget new crimes.
I cannot sleep, hearing the town scream.
Waking up this morning was a dream.