P ushing buttons connected to nothing,
A sking for help when nobody’s by,
T rying to leave when there’s nowhere to go,
I llness and danger and no end to why?
E mbracing loved ones who can’t be protected,
N o answers to children whose questions accuse …
C an you rest easy while others are helpless,
E xpect them to suffer what you would refuse? 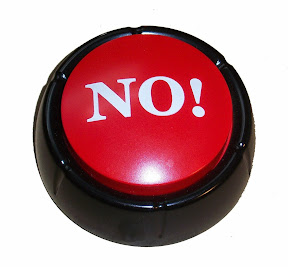 Lear, the aging king of Britain, decides to step down from the throne and divide his kingdom evenly among his three daughters. First, however, he puts his daughters through a test, asking each to tell him how much she loves him. Goneril and Regan, Lear’s older daughters, give their father flattering answers. But Cordelia, Lear’s youngest and favorite daughter, remains silent, saying that she has no words to describe how much she loves her father. Lear flies into a rage and disowns Cordelia, who flees his court.

Lear quickly learns that he made a bad decision. Goneril and Regan swiftly begin to undermine the little authority that Lear still holds. Unable to believe that his beloved daughters are betraying him, Lear slowly goes insane. He flees his daughters’ houses to wander on a heath during a great thunderstorm. With nobody left to do his bidding, he tries to command the weather:

Blow, winds, and crack your cheeks! rage! blow!
You cataracts and hurricanoes, spout
Till you have drench’d our steeples, drown’d the cocks!
You sulphurous and thought-executing fires,
Vaunt-couriers to oak-cleaving thunderbolts,
Singe my white head! And thou, all-shaking thunder,
Smite flat the thick rotundity o’ the world!
Crack nature’s moulds, an germens spill at once,
That make ingrateful man.

This is a tyrant who has lost power and wants everyone else to suffer for it. It seems a small step to the final days of Hitler in his Berlin bunker, still gripped by delusion, willing the destruction of the German people because they have let him down. They haven’t fought hard enough. Not a thought for the pain and sacrifice he has put them through.

Hitler is the ultimate psychopathic narcissist: it’s all about him. Yet Lear has retained some humanity and begins to realise that others are suffering too. He’s not the only one out in the cold. There are flashes of compassion and then this remarkable moment of lucid insight and empathy:

Poor naked wretches, whereso’er you are,
That bide the pelting of this pitiless storm,
How shall your houseless heads and unfed sides,
Your loop’d and window’d raggedness, defend you
From seasons such as these? O, I have ta’en
Too little care of this! Take physic, pomp;
Expose thyself to feel what wretches feel,
That thou mayst shake the superflux to them,
And show the heavens more just.

The greatness of this play is that it dares to ask the big questions, still unresolved 400 years later. Is it really every man for himself or are we somehow responsible for one another? If power corrupts, does absolute power corrupt absolutely? And should the poor be content with whatever trickles down to them from the tables of the rich?

Same old questions. But wild new questions arise which Shakespeare can hardly have meant to ask. Is the weather punishing us for ingratitude, after all? Not content with the bounty of nature, have we greedily pushed her to the edge of destruction? Our destruction, that is, and the destruction of our fellow species … nature herself will do fine without us … oh, and the ants and cockroaches!

It’s not a cheery view and recalls Jim Morrison’s cry on an old Doors track, ‘When The Music’s Over’:

Of course, some people don’t accept there’s a problem. Why, they ask, should we believe warnings from scientists who keep telling us they don’t have the funding to do a good job? And we have dominion over the earth, don’t we, giving us carte blanche to rip up the joint? Tell you what, honey, you sweet-talk me good and I’ll fetch you the goddam moon! I’m famous, see, I can make stuff happen …

How’s that for poetry?

There comes a point in every life online

When laughter dies. We sense the biting storm

That others feel beyond our virtual home.

The dispossessed cry O for such a voice

But we fall silent, waiting for their word.

The question, my friend, is trembling on their lips –

Our answer still blowing in the wind.

(with apologies to Bob Dylan and the multitudes even he failed)