Yes, Doctor WordPress, I was going to give acrostics a rest but … well, you see, I noticed that your Daily Prompt word was Dim and … oh, you know how it is, when that little old urge grabs you by the … I mean, a three-letter word, almost begging you to write a haiku or two … OK, six, but I’ll give ’em up for Lent … promise!

D arkness cloaks the world –
I t’s an eclipse but some think
M onsters eat the sun.

D o you come here much?
I say that it’s my first time.
M ine too. What’s it like?

D ave, switch off that light,
I must get my beauty sleep!
M mm, darkness helps …

Outside my window fireworks are exploding to mark the thwarting of the Gunpowder Plot over 400 years ago, when the English parliament was saved from fiery destruction. I don’t suppose many people are celebrating that far-off event, though, and I’ll bet there aren’t many bonfires topped with effigies of the plotter Guy Fawkes. He may even be a popular hero now, for all I know, admired by those who could imagine themselves lighting the blue touch-paper to barrels of high-explosive under the modern parliament.

There is an irony that some who wanted to increase the sovereignty of our own parliament by voting to leave the EU are now furious that three high-court judges – ‘enemies of the people’ according to several pro-Brexit newspapers – have ruled that the procedure of leaving should be determined by parliament and not an unelected executive acting under the ancient and archaic crown prerogative. Divisions run deep and the fissure may widen further. Watch this space …

There’s a vacuum here as if everyone has just taken a sharp intake of air. Across the Atlantic, too, people are holding their breath before the Presidential race enters its final lap and breaks into a hell-for-leather gallop. Didn’t I once see Vladimir Putin on a horse? Wonder who he’s backing …

Hey-ho! Amidst all the hot air, I notice that the WordPress Daily Prompt is Hyperbole. I never look a gift horse in the mouth, so here is my weary contribution to the moment.

Ha, must be able to do better than that! Suspect I’m all out of hyperbole. Wonder why …

H ow can you mend
Y our wounded
P ride if not by
E recting
R ickety-rackety towers of words and
B uilding walls
O f opaque
L anguage to
E levate your amour propre?

Hmm … ah well, never mind, I do find the constraints of an acrostic oddly comforting at this peculiar time when I can’t actually think of anything constructive to say yet have a strong urge to say something. If it turns out to be useless, I can always blame the limitations of the form. And maybe it’ll be third time lucky …

H old
Y our four horses
P lease, apocalyptical
E questrians, or you’ll
R ide us down
B efore we have a chance
O f proving that
L ove really was the
E lixir of Life.

Time to post something, methinks, but I’m all out of original ideas so here are two acrostic poems in response to the Daily Prompt … the rather appropriate Copycat.

C an’t you just strut your
O wn stuff for once, without
P arading all
Y our convoluted
C horeography
A s though it came cascading from
T he heart and not your calculating head? 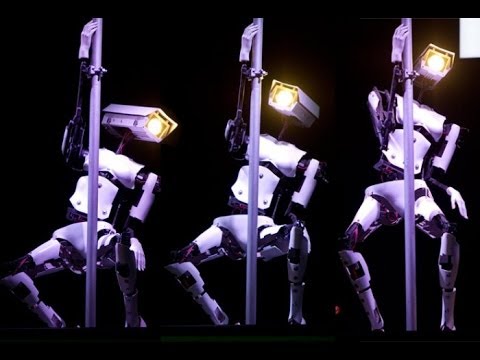 Two acrostic poems in response to the Daily Prompt Witness

We only caught the tail end of
It, Your Worship, so it’s very hard
To know who was to blame.
Neither of us heard what she said to make him
Elbow her in the face but whatever it was
She must have aimed it below the belt. Very slow to anger, is our
Shortfuse. He’s cool. He’s a good mate. Trust us.

When
I realised
That there was
Nobody watching, no
Eye in the
Sky, I began to
See for myself.

Today’s acrostic is based on the WordPress Prompt Sky

Three lines, I mused, why that has to be a haiku! Piece of cake, I thought, until I tried to think of words beginning with K and Y … er, KY Jelly?

The Writer’s Block beckoned. There was a brilliant blues-rock trio down there. They were called Loaded Dice. They even let me get up and play harmonica for a couple of songs, which was fun. The missus and me drank beer and composed haikus. Here are some of them:

Somebody tolls the
Knell of the dear departed.
Yonder is wide blue.

Southbound whales scoop
Krill way below a becalmed
Yacht, which waits for wind.

Soaring overhead
Kites wheel slowly, reminding
You limits are yours.

See the clouds as they
Keep trying to catch the moon,
Yet still she breaks free.

Surfing the waves, your
Keel airborne, you can’t resist
Yelling at the stars.

So high said the child,
Kicking his ball in the air.
You laugh as he falls.

So folks, give up driving and watching TV and you too can sit in pubs listening to good music and writing bad poetry! But it’s not all wine and roses. We were pretty off-message by the end of this evening:

My missus reckons this is the winner. What do you think?