This newspaper – unlike far too many others in these trying times – has a firm policy of seeking out good-news stories. We are therefore pleased to report an overwhelming consensus of opinion amongst Bafflesby residents that the huge influx of visitors to Baffle Bay over the weekend was a disgrace or an outrage or even, to several people we canvassed, a disgrace and an outrage. Such a measure of agreement has, alas, been rare in recent years and any cessation of local hostilities – however temporary – is surely to be welcomed.

It seems that most of these sun-worshippers were, as Bafflesby folk might put it, ‘not from round here’. Why else would they not have read and heeded our clear and unequivocal warning in last Wednesday’s edition, also published on the Come to Beautiful Bafflesby webpage?

Our usual warm welcome to Baffle Bay and its wonderful, world-famous seven-mile stretch of soft sands and rolling dunes with the elegant River Baffle gliding majestically past the historic walls and quaint quays of Old Bafflesby Town into that glorious estuary with its unforgettable views is on hold this weekend as some facilities will be closed.

For whatever reason, this message didn’t appear to get through. There they were, in their hundreds and even thousands, sweltering in the sunshine while contributing very little to the local economy. To find out why, we sent our roving reporter to the beach with his voice-recorder on a high setting to pick up sounds two metres away. 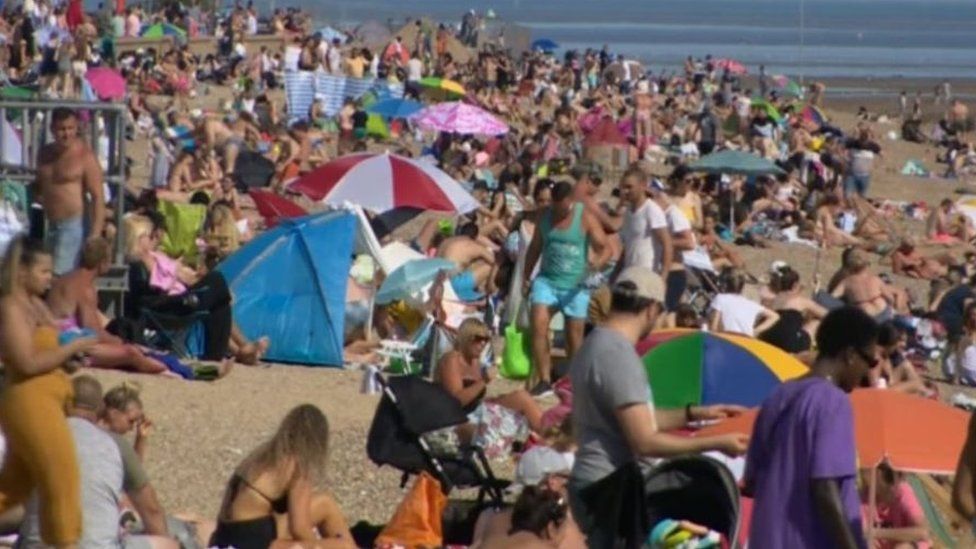 What follows is a faithful transcript of his recorded conversations:

As we said at the start, this newspaper is committed to publishing positive and uplifting stories in difficult times. One such story we hope to bring you in future weeks and months is that our esteemed national government, guided at all times – as it so frequently reminds us – by the science, will be in a position to enlighten ordinary citizens like those who were interviewed above as to the precise scientific principles and practices that have so successfully informed its every action.