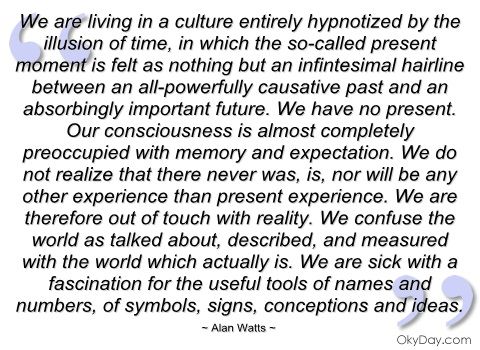 Ah, I thought, after reading this – so that’s why I’m finding it hard to come up with a new blog-post!

Once upon a time is out of bounds because it’s all done and dusted. What if can’t be imagined because it’s too damn scary. Now is being squeezed to death by all those memories and expectations. And to cap it all, my conscious mind is nothing but a helpless hoarder who can’t see through his windows for mounds and mounds of useless clutter.

Actually, it comes as something of a relief to know this. Turns out it’s not my fault at all. Living in such a crap culture, well, it’s only to be expected! And at least that means it’s not just me. Now, all we need to do is find the hypnotists who have turned us into preoccupied zombies and get them to click their fingers. Snap out of it, they’ll say, and we will … won’t we?

Or maybe it’s like one of those dreams where you know you’re dreaming and want to wake up but you can’t. Or, worse, one of those dreams where you think you’ve woken up but you’re still dreaming. My favourite film version of Alice in Wonderland was directed in 1966 by Jonathan Miller, who captured this uncertainty to perfection. Where does reality end and dreaming begin?

Ha, if I knew that, I’d be able to write this post … wouldn’t I? Perhaps this clip will shed some light …

Lewis Carroll’s satirical genius was to reflect the topsy-turvy illogicality of Victorian adults as if it was no more than a strange dream.

“I’m sure I’ll take you with pleasure!” the Queen said. “Two pence a week, and jam every other day.”
Alice couldn’t help laughing, as she said, “I don’t want you to hire me – and I don’t care for jam.”
“It’s very good jam,” said the Queen.
“Well, I don’t want any to-day, at any rate.”
“You couldn’t have it if you did want it,” the Queen said. “The rule is, jam to-morrow and jam yesterday – but never jam to-day.”
“It must come sometimes to ‘jam to-day’,” Alice objected.
“No, it can’t,” said the Queen. “It’s jam every other day: to-day isn’t any other day, you know.”
“I don’t understand you,” said Alice. “It’s dreadfully confusing!”

from ‘Alice Through the Looking Glass’

Thank goodness the adult world is so much more sensible nowadays!

Mind you, there are still one or two little confusions that need explaining. Two world wars, for starters, the first a mass sleepwalk into jingoism and the second a nightmare of political extremism. Since then it’s been communism versus capitalism – collectivism versus individualism – and the dubious triumph of neo-liberalism and rampant globalism. (That’s enough ‘isms’! Ed.)

Aw, one more, please! Always room for a little idealism, surely? A world where freedom, equality and solidarity co-exist. Nothing airy-fairy about that, I hope. But getting there will take some hard thinking and plain speaking. And if the price of liberty really is eternal vigilance, we should be on our guard against …

… those who conjure a mythic past that has supposedly been destroyed. Such myths rely on an overwhelming sense of nostalgia for a past that is racially pure, traditional and patriarchal. Beware those who position themselves as father figures and strongmen who alone can restore lost greatness.

… those who sow division; they succeed by turning groups against each other, inflaming historical antagonisms and ancient hatreds for their own advantage. Social divisions in themselves—between classes, religions, ethnic groups and so on—are pre-existing conditions. Opportunists may not invent the hate, but they cynically manipulate it: demonizing outgroups, normalising or naturalising bigotry and stoking violence to justify … repressive ‘law and order’ policies, the curtailing of civil rights and due process, and the mass imprisonment and killing of manufactured enemies.

… those who attack the truth with propaganda, in particular a kind of anti-intellectualism that creates a petri dish for conspiracy theories. For such people, truth doesn’t matter at all.  In such an atmosphere, anything is possible, no matter how previously unthinkable.

Actually, after that little lot, a dose of gothic horror comes as light relief! 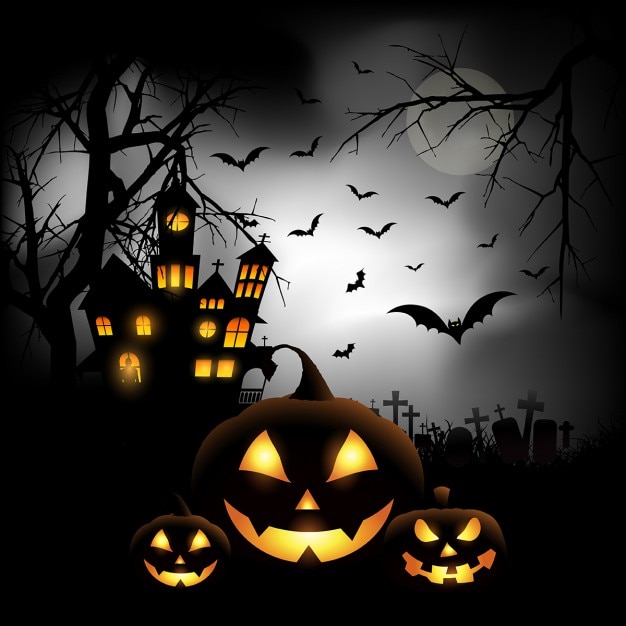 25 thoughts on “Never Jam Today: a little something for Halloween …”