Continuing my trawl through old unpublished drafts, here are some random thoughts on the rules of arguing that still seem timely and relevant:

“In disputes upon moral or scientific points let your aim be to come at truth, not to conquer your opponent. So you never shall be at a loss in losing the argument, and gaining a new discovery.” – Arthur Martine

Worth remembering, I believe, especially when we deploy the artillery of our righteousness from behind the comfortable shield of the keyboard. That form of “criticism” is too often a menace of reacting rather than responding but it needn’t be this way. We can be critical while remaining charitable, aiming not to “conquer” but to “come at truth,” not to be right at all costs but to understand and advance the collective understanding.

In his book Intuition Pumps and Other Tools for Thinking – noteworthy for the significant value it places on ‘the dignity and art-science of making mistakes’ – he offers what he calls ‘the best antidote [to the] tendency to caricature one’s opponent’:  a list of rules formulated decades ago by social psychologist and game theorist Anatol Rapoport, best-known for originating the famous tit-for-tat strategy of game theory. Dennett synthesizes the steps:

How to compose a successful critical commentary:

If only the same code of conduct could be applied to critical commentary online, particularly to the indelible inferno of comments. There is far too much shouting from the battlements. Comments that wholly diverge from the above code can and should be ignored, I believe, but merit response if they show understanding – or at the very least acknowledgement – of other points of view.

To anyone who views this as an unrealistic and naively utopian approach to debate, Dennett points out this is actually a sound psychological strategy that accomplishes one key thing – it transforms your opponent into a more receptive audience for your criticism or dissent, which in turn helps advance the discussion. When commenting on students’ written work, I tried to start with something I’d liked – it opened them to criticism.

A polite preamble means we don’t have to hold back when it comes to expressing our own disagreements. When the gloves come off we can employ Susan Sontag’s three steps to refute any argument – find the inconsistency, find the counter-example and find a wider context. 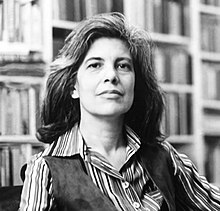 There’s a worrying lack of evidence behind much that is published online.

“Fake news is a real cause for concern on social media, particularly on Facebook, where unverified information and outright lies can swallow up facts and truth. That’s a frightening concept when 62% of American adults access news through social media.”

But it’s not an entirely new phenomenon.

“Back in the 1990s, the internet pioneer Josh Harris tried to sound a warning – but at that early utopian stage, when the web was assumed to be decentralising, democratising, enlightening, almost no one understood what he was saying. Later, in 2002. George W Bush’s own Voldemort, Karl Rove, chided a reporter by saying: ‘People like you are in what we call the reality-based community. You believe that solutions emerge from judicious study of the discernible reality. That’s not the way the world works any more.’ The gnomic taunt caused more bemusement than consternation at the time, but Rove was ahead of the game.”

This article goes on to talk about ‘post-truth’ where ‘facts become secondary to feeling; expertise and vision to ersatz emotional connection’ and ‘retro-truth’ where ‘a proposition is judged not by whether it is true or false when stated, but whether it has the potential to become true – like energy waiting to be released from the atom’.

I am the master of the universe.

(Well, thought I’d run it by you again to see if there was any take-up. Some of you might care to get a little campaign going on my behalf. I wouldn’t acknowledge it at first, of course, but don’t fret – in private there’ll be plenty smiling and waving practice!)

Yes, I jest, though my hectic humour hides a serious point. More and more these days I find a purely rational response insufficient. To inoculate myself against the poison I must infect myself – a small dose in the relatively safe form of art to build up my immunity. Art is ambiguous – no easy answers to be found there – but dives below the surface where fake news floats.

I am the centre of this universe
The wind of time is blowing through me
And it’s all moving relative to me
It’s all a figment of my mind
In a world that I’ve designed
I’m charged with cosmic energy
Has the world gone mad or is it me?
I’m the creator of this universe
And all that is was meant to be
So that we might learn to see
The foolishness that lives in us
And stupidity that we must suss
How to banish from our minds
If you call this living, I must be blind
Songwriters: David Brock / Nik Turner
Master of the Universe lyrics © Sony/ATV Music Publishing LLC
Images: Brain Pickings & Wikipedia